Tragic events like the 2015 Paris attacks leave their traces, not only physically, but also in people’s memory. Dr. Alison Mary (UR2NF) and her colleagues from the Normandie Université (UNICAEN), Université Rennes 1, and the Université Paris, Panthéon Sorbonne studied people who developed post-traumatic stress disorder (PTSD) and those who didn’t after the attacks.

One major symptom of PTSD is the unwanted and uncontrollable intrusion of traumatic images into the person’s consciousness. Dr. Mary and her colleagues conducted an fMRI study on people who were exposed to the terror attack and a non-exposed control group. They found that people suffering from PTSD also displayed reduced connectivity between brain areas related to cognitive control and those related to memories when compared to people who were exposed to the attack but had no symptoms of PTSD, or had not been exposed to the attacks.

The finding suggests that the development of PTSD is related to a disruption of the brain circuits regulating the controlled access to memories.

The study was recently published in Science, with some information in French available here. 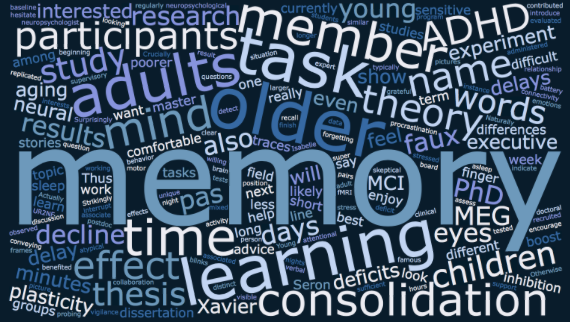 Dr. Alison Mary is currently a post-doctoral scholar at the UR2NF and UNI and has obtained her PhD at the ULB prior to her post-doc position in Caen, where she conducted this research.