A new study conducted by members of the CRCN, Mélanie Strauss and Philippe Peigneux shows: the order of our different sleep phases matters!

Sleep consists of two main stages that always appear in the same order. First, slow-wave or non-rapid-eye-movement (NREM) sleep, followed by paradoxical or REM sleep. We already know that sleep plays an important role in memory consolidation. What was so far unknown is whether the order of the two sleep stages is important for this consolidation to happen. This new study demonstrates that the order is indeed important. Mélanie Strauss and her colleagues studied a group of people with narcolepsy. This is a rare sleep disorder which leads people to frequently fall asleep straight into paradoxical or REM sleep, without passing first through a phase of slow-wave sleep. 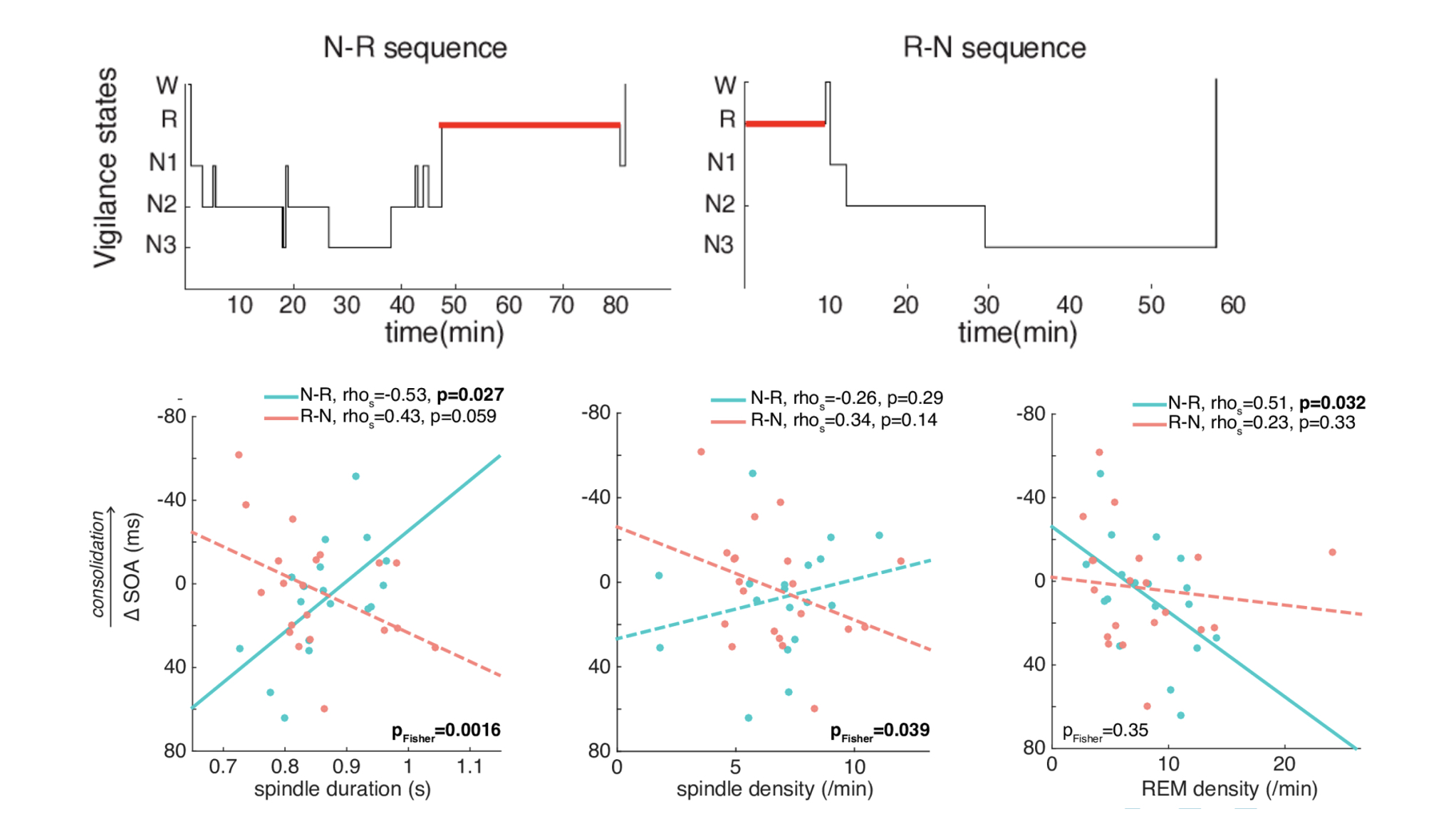 This article was published in the Journal Sleep: