A new, collaborative Nature Communications article suggests that indeed, military members can learn to strengthen their sense of agency! The collaborative work was headed by our Emilie Caspar with Salvatore Lo Bue from the Royal Military Academy of Belgium, Pedro Magalhães, Patrick Haggard from the University College London (UK), and Axel Cleeremans found that working in a highly hierarchical environment such as the military is detrimental for the sense of agency and for the neural processing of outcomes of one’s own actions. Yet, groups undergoing specific training targeting responsibility and accountability, such as military officers, did not show this effect. This research opens up the interesting possibility of training people to develop a sense of responsibility.

People may report a reduced feeling of responsibility when they comply with orders in situations of asymmetric power, such as hierarchies. Previous research has shown that complying with orders reduces the sense of agency, that is, the feeling that you are the author of your own actions and thus responsible for the outcomes. Obeying orders also reduces the brain’s processing of the outcomes of actions, compared to outcomes that are chosen freely. These results could help to explain why people can commit atrocious acts under coercion. The sense of agency, and feeling of responsibility for the outcomes of their action could be attenuated, as the brain reduces outcome processing, compared to scenarios where individuals decide for themselves on a course of action. The authors note that the psychological finding of feeling a reduced sense of agency under coercion should be considered quite distinct from the important legal and moral questions about the extent to which people are responsible for their actions when coerced. 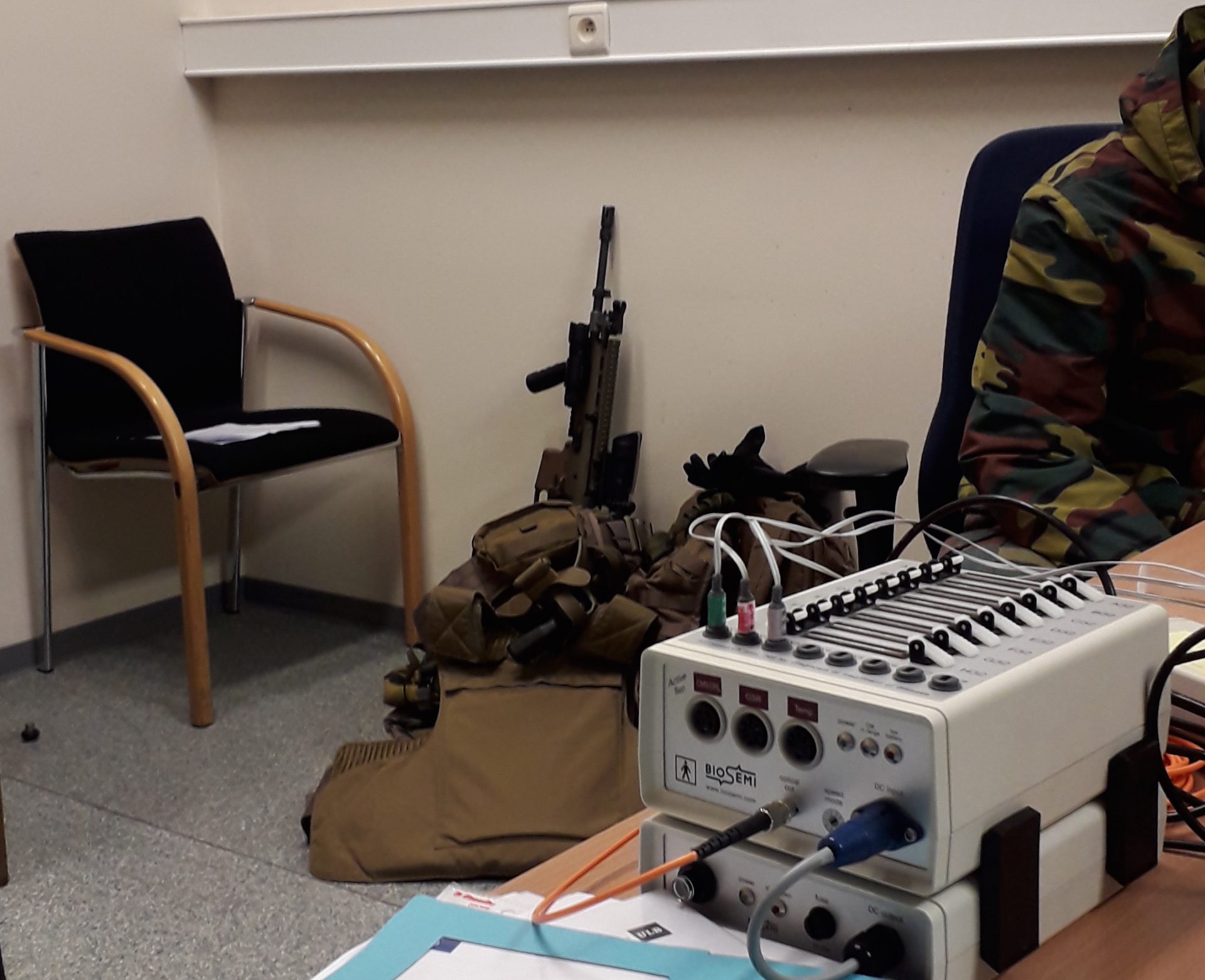 These effects have been shown in experiments with adult volunteers, for whom coercion should be a rare (and generally illegal) occurrence. In contrast, some social structures, such as the armed forces, rely on strict hierarchical organization where people are required to follow orders. The professional role of military personnel implies compliance to hierarchical authority, based on the mandate society has given to that authority. In the present research published in Nature Communications today, the authors wondered to what extent the hierarchical organization of military environments might influence the experience of agency and outcome processing. “We wanted to investigate how a military environment would affect our experimental measures of agency and outcome processing. We also wanted to compare results for different military ranks: the officers who typically give orders, and subordinates who receive them”, explains Dr. Emilie Caspar, first author of the present study. “Officers are trained to be accountable for their own actions, and also for the actions of troops under their command. We predicted that their experience of being a responsible agent might therefore be enhanced, compared to subordinates.”, she adds.

In the present study, the authors used a simple laboratory paradigm, in which two volunteers respectively took turns in the role of ‘agents’ or ‘victims’. The word ‘victim’ is used figuratively to define the role in the experiments, which followed ethical permissions, informed consent, and the declaration of Helsinki. Thus, all participants were always free to end their participation at any time, without giving reasons, and without personal or professional consequences for them. Agents were either free to decide to administer or not a mildly painful shock to the ‘victim’ in exchange for a +0.05€ monetary reward, or were coercively instructed by an experimenter to inflict or not the same shock. During the task, the authors used an implicit measure of the sense of agency based on time perception, and also recorded the brain activity of agents with an electroencephalogram. The team calculated a ‘coercion effect’, defined as the difference between the coercion condition and the free-choice condition. In a first study, the authors tested a group of civilians and a group of junior cadets, that is, officers in their first year of military training. “Results of this study showed that for civilians, we replicated previous results. A useful implicit marker of sense of agency is the experience that your action and its outcome are compressed together in time. The interval between actions and outcomes that were freely chosen seemed shorter than the interval between the same actions and the same outcomes in a coercive condition. So, civilian participants appeared to have a reduced sense of agency in the coercive condition compared to the free-choice condition. However, for junior military cadets, there was no coercion effect: they showed no difference in our measure of agency between a condition in which they were following orders and a condition in which they could freely decide which action to execute”, reports prof. Axel Cleeremans, co-senior author of the study. These results could reflect the negative influence of working in a highly hierarchical context on the sense of agency.

In a second study, the authors compared three groups of military personnel: junior cadets, privates with an average of 5 years’ military experience, and senior cadets who had reached the rank of first lieutenant; again after 5 years’ military experience – but this time of officer training. Results again showed no coercion effect on agency for junior cadets, and also showed no coercion effect for privates. However, the senior cadets showed the standard coercion effect, with more agency in the free-choice condition than in the coercion condition. Further, senior cadets also had no attenuation in a brain measure of outcome processing, while privates did. Thus, working in a military environment, and position within the military hierarchy, both seemed to have a detrimental effect on sense of agency and outcome processing.

Importantly, these results are not simply explained by a selection process favouring junior cadets with a high sense of agency. An additional analysis conducted 3 years after the second study found that junior cadets who most attenuated sense agency and outcome processing in the free-choice condition relative to seniors were in fact those who persevered in the military, while those who maintained a high agency and outcome processing were more likely to leave.

“These results have deep societal implication, both for civilian society and hierarchical organizations such as the military” says Prof. Patrick Haggard, co-Senior author of the study. “If they are followed up in longitudinal studies, they open the possibility of training the sense of individual responsibility, which could have major benefits”. Dr. Major Salvatore Lo Bue, co-author of the study and professor at the Royal Military Academy of Belgium added: “The contemporary soldier operates in volatile, uncertain, complex, and ambiguous environments in which he/she sometimes has to make critical decisions on his/her own. He/she does not simply execute orders given by others. Insights about the underlying mechanisms of agency in the military environment can help to tailor the training to enable the soldier to make the swift switch between obedience when required, and making his/her own decisions when necessary.”

The research was supported by a chargé de recherche mandate of the F.R.S-FNRS and a Marie-Sklodowska Curie Fellowship granted to Emilie Caspar and ERC grants of both Patrick Haggard and Axel Cleeremans